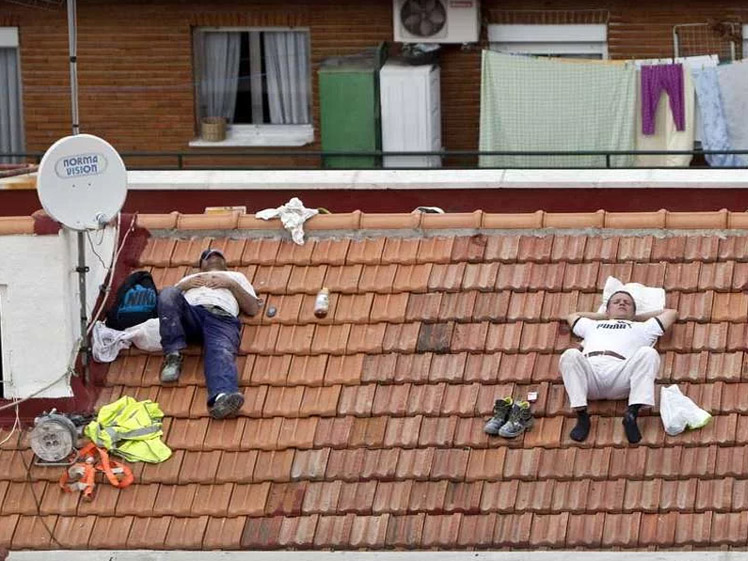 Personally, I can’t get used to the Spanish business hours even after living in Spain for years. I wake up early, then I want to make a breakfast, but let’s say an ingredient is missing. So I check the time and if it’s not 9:00 yet… I keep starving until 9:01, when I run to the supermarket. Then I realize that the store is still closed because they decided to open casually at 9:20 or even later.

But this is not the worst. What I absolutely don’t feel is the siesta time. From about 13:30 until 17:00 there is a big chance that you won’t find anything open, because they are closed for siesta. Of course, I always want to do the shopping at that time.

Conventional stores officially open at 9 or even later and they usually close at 21:00 or 22:00. If you want to buy something out of this period, your only option is go to a Chinese store. Even if they often have Chinese names, they are not really selling Chinese stuff, they are normal convenience stores.

Ok, actually there are two kinds of Chinese stores, one is the “Alimentacion” which sells mostly food and the other which is usually called “Bazar” sells everything possible from beach towels to nuclear power-plant spare parts. Many of the Chinese stores are open 24/7 but just as the normal supermarkets, they are not allowed to sell alcohol after 22:00. So if you want to get drunk in the evening, you’d better plan ahead or hit a bar. 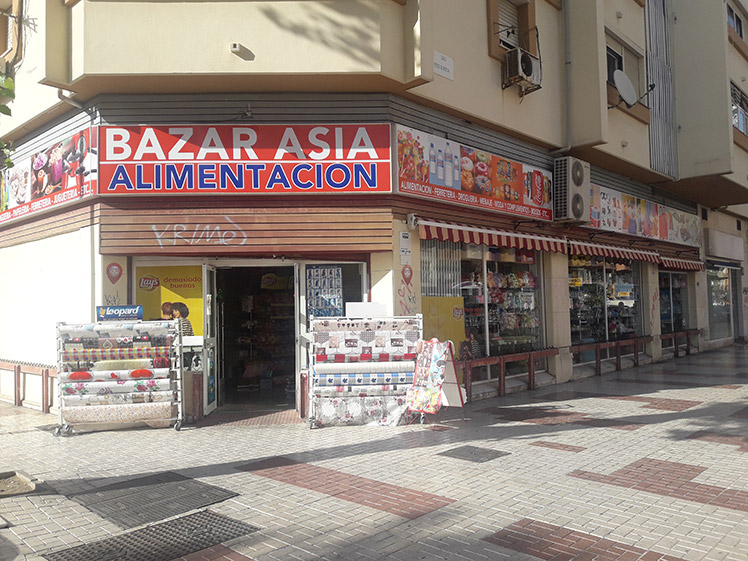 My most hilarious experience about siesta is when I bought a blender in a domestic electronics store to make smoothies. After the first use, I realized that it’s not my thing, especially because it was more work to clean it than drinking the smoothie itself. Next day I decided to return it…

But first, here is my kick-ass home made ice-cream recipe for you:
Step one: Buy very cheap bananas and avocados. There is a Chinese fruit store called Dos Hermanos Frutas y Verduras in Calle Marmoles which is a super funny name if you are a fan of the series: Breaking Bad. There, they often sell bananas for 50 cents/kg. Don’t ask where they get them from, it’s better if you don’t know why these bananas are so cheap. My best guess is that they smuggle drugs and they use the bananas to disguise the operation, so they just sell the decoy bananas basically for free. This is how the grocery store looked like in 2018: 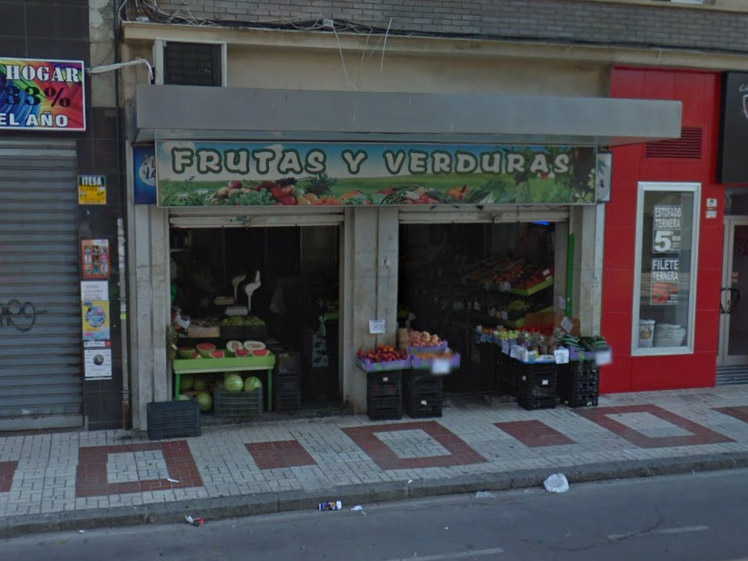 Step two: Freeze the bananas. After a day the bananas will be hard like a stone, perfect to blend them with an avocado, powdered cinnamon and maybe some milk. The frozen bananas will freeze everything else instantly as you blend the mixture and the avocado makes it nice and creamy. It’s perfect for the summer. If you don’t freeze the ingredients, then it’s not ice-cream but a smoothie, which is just as good. Be advised that you need a durable immersion blender or a food processor to do the trick, otherwise the frozen banana might break your blender. Been there, done that. (ಥ﹏ಥ)

Now back to my siesta story: I decided to have an immersion blender instead the big food processor with a jar that I bought earlier. I packed it back to it’s box went to the store. Of course, I didn’t check what time is it, and it was too late, the store was already closed for that day.

Next day in the morning I went to the store again early, but the store was not open yet. So I carried the blender back home, again.

The following day in the afternoon I decided to go to the store again with the blender. Guess what, the store was closed as usual, this time because it was siesta time. I had to carry the blender home… again. I have to mention here that it was a really big blender with a massive glass jar, so it was kinda heavy, plus it was in an enormous box that was super hard to get a hold of. Carrying it back and forth was not fun at all.

But I didn’t give up! Next day I took the blender for the fourth time, I made sure that it’s the perfect time to go there, it’s not too early, it’s not siesta, it’s not too late either. Guess what, the store was closed like usual, because it was a national holiday, that I was obviously not aware of.

I believe this little story perfectly describes my relation with Spanish business hours and holidays. I don’t feel them at all. I even come up with a phrase to describe when this happens. I just say: “I got Spained!” which happens almost every week. I go somewhere just to find out that the place not yet open, on siesta, already closed, it’s holiday or my favorite: Permanently closed.

Punchline: I still have the blender.

By the way, in Malaga many businesses fail within one or two years. One time I wanted to go to a Chinese restaurant, but not just the restaurant was not there, moreover the whole building was missing. I don’t know the customs here in Spain, but in my country if a restaurant violates the food safety code, then they usually have to close the restaurant until the owner doesn’t fix the problem and make the necessary changes to meet the required standards and food safety regulations. So I don’t know what this Chinese restaurant did, for example selling dog meat or some other serious violation of the regulations, but it was not just closed, the whole frickin’ building was missing. I can totally imagine how a group of Spanish inspectors in hazmat suits radioed the central: “No sir, we can’t quarantine the contamination, unless we to tear down the whole building to make sure it doesn’t spread further.” … and they did. 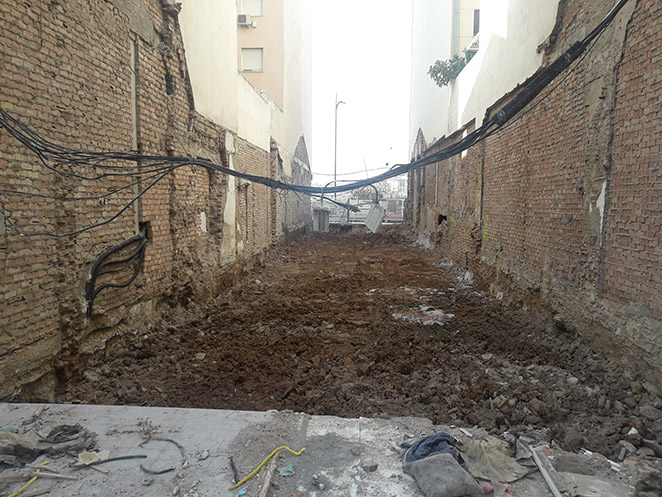 There are store locations where every year I see a new store opening. First it was a baby store, then a mobile store, now some natural products store. The worst is that you can’t trust google maps, yelp or yellow pages because they list a lot of stores which are permanently closed and out of business.

In general, information on the internet is super inaccurate. Once I wanted to buy headphones early in the morning in the MediaMarkt before my flight goes, so I checked their schedule online. On Google Maps I found that the store opens at 9:00, so I was there at 9:01 which is a typical guiri behavior. Of course, the store was not open. But not because they were opening too slowly, but the information about their business hours was totally inaccurate, apparently they open at 10:00.

Fun fact: Almost no office or store has their schedule on public display. At home in my country, it’s mandatory to put a sign with the business hours and emergency contacts. Here in Malaga I can’t see these kind of signs anywhere, not even on reputable offices like Banks. So the only way is to guess because checking online as I just explained… worthless.

But sometimes, even if you check everything properly and you make calls too it turns out that’s still not enough in Malaga. Check my horror story how did I get Spained big time, when I was looking for a Kitesurf shop:

I checked the website of the store. They had a map on their website showing where the store is. They had the phone number on the website as well, so I called them and asked: Are you open right now? What time do you close? They confirmed that yes they are open and they stay open until 8 in the evening, so I can go in the afternoon any time. I typed their address from their website to Google maps on my phone, confirmed that the maps shows the same location that I can see on their website. So far so good isn’t it? I had the address, I saw the location on Google maps, I made a call to confirm they are open, I went to the store.

When I arrived to the address, I saw that the store is closed, so I gave them a call asking: “WTF? I am here and you told me that you are open until 8! What is going on?” The guy replied that they are open, which I immediately disputed since I was standing in front of the store and it was as closed as possible it could be, with big metal shades rolled down to block the entrance. The guy asked me: “Where are you?” So I told him that I am here in XY street, at the exact address that is on the website and marked on google maps.

Guess what, it turned out that they moved a year ago, but they forgot, or rather say didn’t care to update google maps and their website. The location where the shop moved was at the other end of the city, so I decided not going there, because it was getting late and I didn’t want to get double Spained if they close the store at 8 before I get there.

The solution? I ordered the Kitesurfing gear from a website in the UK and got everything delivered in a week. Now I see why Spanish shops go bankrupt within 1-2 years. With this business mentality they lose potential customers like me, who want to spend their money, but they are not even putting the minimum effort into helping us doing that. 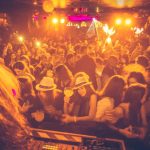 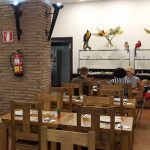