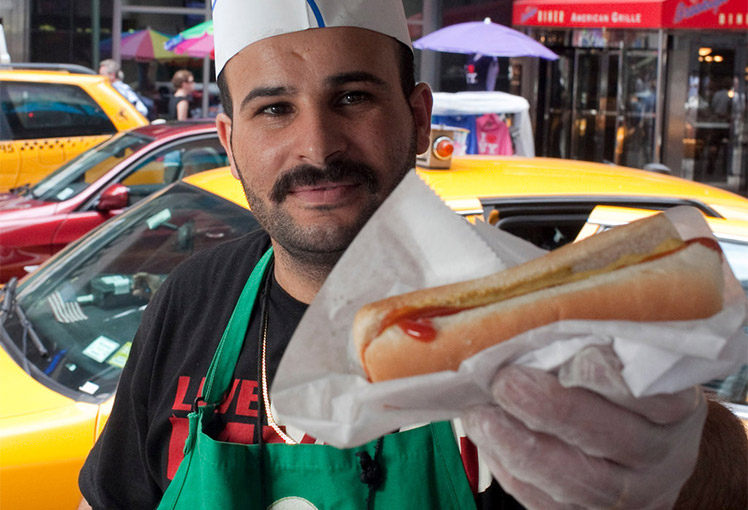 After spending some time in Malaga, you might notice that unlike anywhere in the world, in Malaga you can’t see street food vendors and there are no people eating on the street, unless they are sitting on the terrace of a restaurant or a bar. For example in New York, hot-dog carts or food trucks are part of the urban landscape. People use them to grab a bite that they can eat on the way or sitting on a bench. Here in Malaga, you can’t see people walking around with food or sitting on benches and eating. The only thing that you might see in people’s hands is ice-cream.

To be completely accurate, there are three exceptions: 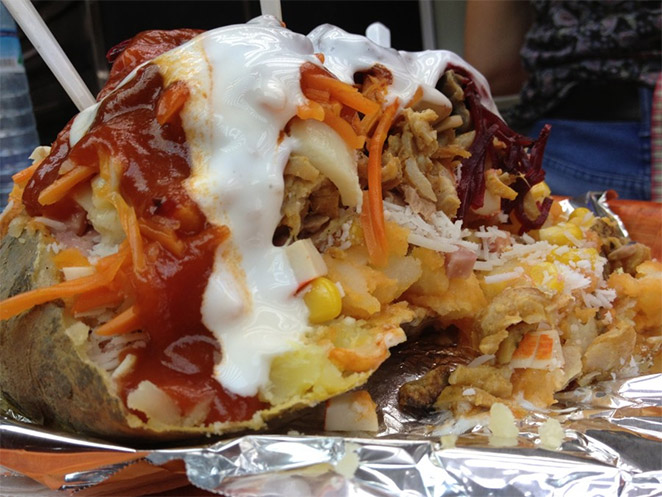 Supposedly the reason why food-trucks and in general selling food on the street is illegal in whole Spain is because of the health regulations that say that your kitchen must have a roof, which technically means you can only operate in a building, your food-truck’s or hotdog cart’s roof is not good enough. But like everything else in Spain this rule also has exceptions.

When there is any kind of holiday, for example Feria, Semana Santa or something similar, suddenly the city is full of hot-dogs, hamburgers, pizza slices, kebab, donuts and anything you can imagine. The city hall throws out the window all health concerns and food safety regulations and gives the street food sellers permission without any problem if they want to sell on public holidays.

The only, at least half-way sane reason that would explain this, is that if there is a permanently operating food truck and them someone gets food poisoning, it’s easy to track back where the bad food came from. During Feria time, people eat every kind of shit so even if the half city gets severe diarrhea, nobody can be blamed for that. Not just because everyone are drunk and they have no frickin’ idea what did they eat and where, but also they ate at several places so they can’t tell what made them throne on the toilet all day.

Here is the thing: Spanish people are already walking around like lunatics, that is why the Spanish drivers are so courteous when it comes to giving way to pedestrians. If you imagine the same people with a juicy hot-dog to their hands that needs attention, they need to concentrate on not tripping in their own feet while holding something in the air, finding their mouth, biting, chewing, not letting the salsa drip on their shirts… what would be a disaster.

Maybe it’s a cultural thing and not just that Spanish people can’t eat and walk at the same time. They are very social, they like to buy a tapas or a cake for 2 euros and then sit there and small-talk for 2-3 hours blocking all the seats on a terrace. The weather is nice, they have good company, they have nothing else to do, or even if they have, it’s perfectly fine if they are 2-3 hours late from a meeting because having that tapas was more important then their business. They have their priorities: leisure first, everything else next.

For us expats this is kinda nonsense to sit at a table with a single piece of cake until we develop irreversible gangrene on our buttocks, while shouting to each other since everyone around are speaking so loud that we can’t hear our partner over the table nor our own thoughts.

But hey, that is the beauty of Spain! Probably that is why you came to Malaga in the first place, because you wanted to slow down and chill because you had enough running around in your life. So lean back and enjoy the Spanish way and forget about street food, because practically there is no such thing in Malaga. 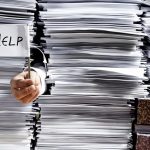 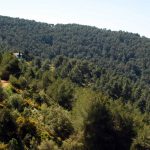