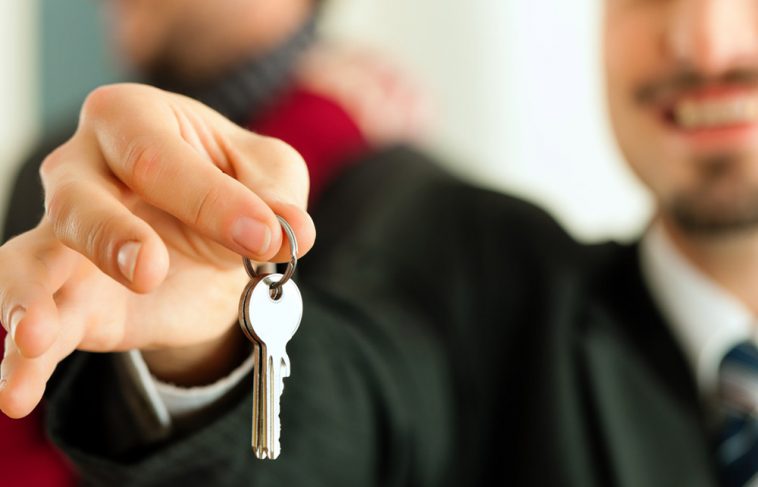 When you can freely travel in the city and you have a SIM card, you are ready to look for an apartment, unless you want to spend much more on accommodation than necessary. Yes, you can stay in a hostel or in AirBnB for longer term too, but that is just a waste of money if you plan staying in Malaga for more than a couple of weeks.

To find accommodation is the best to look around on the local classified ad websites, for example:

Brace yourself that many advertisements will be outdated, not available, but the advertiser is just lazy to remove it from the site, or they just say it’s not available anymore to get rid of you politely. If you are not really good in Spanish, the best if you message them on WhatsApp. That way you can communicate in writing that you can translate using Google translate or any other translation app.

In Malaga many people don’t rent an entire apartment, only a room. In some countries it’s normal, while people from other places might find it interesting. Depending on your needs, you can rent whatever you need, the prices vary depending on the season the location and the quality of the accommodation. You will have to pay a deposit that you will get back at the end of your stay and it’s very likely that you will have to sign a contract. Not like that matters too much, you can cancel the contract any time the worst thing that can happen is that you lose your deposit if you are in breach of the terms.

If you don’t speak Spanish, then you are most likely staying in a hotel or a hostel while looking for an apartment. There you can ask people or even the receptionist to help you navigate on the websites or in making calls to schedule your meetings.

Malaga have many districts, as far as I know there is only one particularly bad that you should avoid. Personally, I was there three times to look around during daytime and it was ok if I don’t count the needles all around on the street, which is a clear sign of a certain kind of vivid night-life in that area. This “no-go” district is called Palma Palmilla, which is the northern part of the city on the west side of the river. It’s very easy to avoid that district. When you go north and you arrive to the stadium of Malaga or the Rosaleda shopping center, don’t go further.

Malaga has surprisingly few green areas and parks. If you happen to find accommodation next to one, or close to the river, then be prepared to have mosquitos. Fortunately that is not a big deal, you can buy an electric mosquito repellent that gets rid of your uninvited guests for about monthly 1 euro. That is how much the pads cost that you have to change daily. During daytime there are no mosquitos, they are having siesta like everyone else here. They try to befriend you during the night, so it’s enough if you turn on the anti-mosquito stuff only for the night.

The internet connections are good in general, but it always depends on the apartment. It’s possible that one side of the street has fiber optics, while the other side has only ADSL available. Also it depends how many people are using it? Even the fastest connection can be slammed if 10 people are downloading 8K 3D porn movies on it. Anyway, I suggest testing the internet connection before moving in. Simply ask the owner for the wifi password, go to www.speedtest.net and test the speed of the internet connection. If it’s a shared apartment and you have flat mates, then aim for at least 10Mbps upload speed otherwise uploading videos or bigger files to the internet will take forever, and Skype video calls will turn into slideshows… 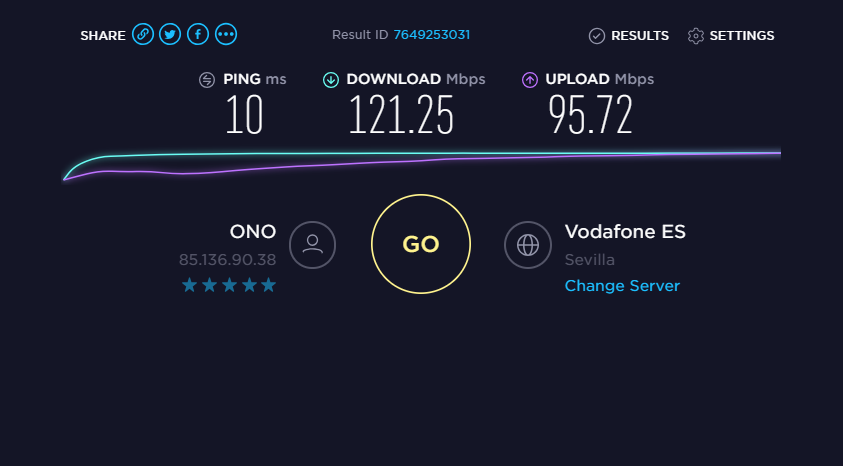 Everyone have different preferences when it comes to the perfect apartment or room. Now I have a list of about 20 things that I check to see if the apartment is a good match for me or not. Keep in mind that it’s likely that you won’t find the perfect accommodation, your goal is to find the least bad one.

How did I find accommodation in Malaga?

When I moved Malaga, I landed in a hostel where I stayed for about a week, while I started looking for a room. I didn’t need a whole apartment, because I came here alone and I didn’t want to be alone in an empty apartment. For me that would be too boring and depressing, I like when I have people around. Since I didn’t speak a single word in Spanish, I asked a receptionist girl to explain which parts of the city are nice, where should I look for an apartment and she also helped me to make some calls, since 90% of the landlords didn’t speak English.

Finding accommodation as a man in Malaga is super hard in my experience, because the majority of the room are available only for students or for women. I don’t know what they think about us, that we are irresponsible dirty pigs or what? Anyway, it was a real struggle.

After a few days finally we found a room for me. which was far from perfect, but it was more comfortable and cheaper than the hostel, therefore a good upgrade at the time. There were two university students living there who were smoking in the living room and they were also kinda untidy as well. For example they often left a mountain of dirty dishes in the sink overnight, making the sink practically impossible to use, unless I washed the piled up dishes to make space for myself to wash my plates. They also had a puppy, so I constantly had to put my shoes away unless I wanted to downgrade them to chew-toys. 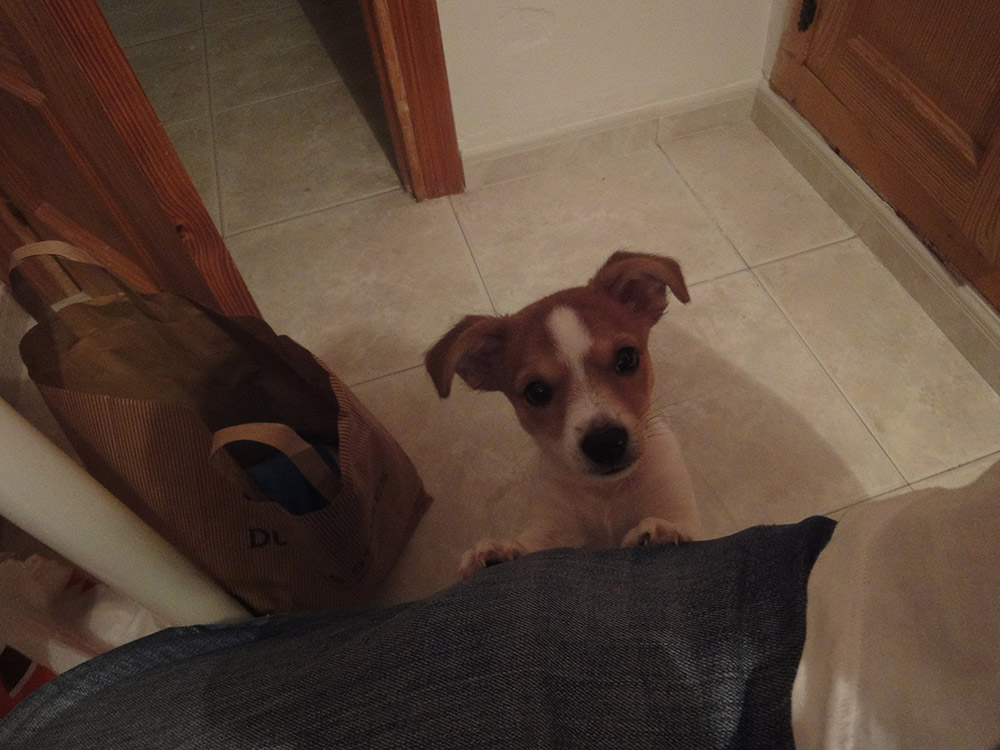 On the top of these things which are perfectly common if you live together with students, there was a punchline that ended my blooming relationship with these kids. Here is my short horror story:

So originally I was staying in a hostel, and I found this room. We agreed in the price, everything is fine, I moved in. Two days later the girl, who was by the way the daughter of the landlord told me that their parents are coming next month and they will need the whole apartment, so I should move out that time for a week. WOW, that was unexpected. I just moved in but I should temporarily move out? Where, how? WTF?

So I started looking for another room and fortunately I managed to find one fast, because I realised that everyone uses WhatsApp and in writing I can communicate with them using Google Translate, even if they don’t speak English at all. Then I told the girl that I am moving out just as she asked, but I am not moving back, I am leaving permanently. When you rent a room or apartment, usually you have to pay a deposit which is usually the same amount as the first month. Guess what, they didn’t want to give it back, because I am leaving so early. Well, yes, because they technically kicked me out. Anyway, after some google translate assisted messaging I reached an agreement with the parents and got most of my deposit back.

The next apartment where I rented a room was very different. There were only adults, no smoking people, no pets and my room was three times bigger than the previous one. These people were tidy, and nice, everything was almost perfect. Except that the apartment was pretty run-down, many things was barely working, including the internet. They were living there with a broken oven for example and when I asked why don’t the owner fixes it, they said that she doesn’t have money for that. Well, I made a deal with the owner that I buy a new oven for the apartment and in the next few months we deducted the price of the oven from the monthly fee.

After a while, I managed to convince them to upgrade the internet to 1gbit/sec fiber optics from 10mbit ADSL because that was terribly slow at times, except when it was raining because then it was not working at all. Fortunately there are only a few rainy days in Malaga, but still, it was annoying as hell.

I made several other little changes and upgrades too, to make the apartment nice for everyone who lived there. For example we didn’t have a door mat. That means everyone were just busy carrying all the dirt, dog shit and whatever on their shoes into the apartment, into their rooms and their beds.

Of course, every country has different customers, but at home, we take our shoes off right after we step into the apartment, so all the dirt stays in the lobby. However in Spain it’s perfectly normal to walk around with your shoes on, which is for me is simply savage behavior. But what can I do? If every flatmate does that, I have to do the same too, otherwise my slippers or socks gets super dirty of the dirt they carry around.

The search of happiness

After a year and a half I moved again, this time to Portugal, which this website is not about. After two months I realized that Portugal and Lisbon is not for me, so I moved back to Malaga. After struggling for a whole month, finally I found a very nice room, but again, as usual, it’s not perfect since the apartment doesn’t have a terrace and there are some minor annoying things, but I would say I am 90%+ satisfied with what I have now. Better than the previous apartments for sure.

My current apartment has a gas line installed, which is kind of a rare thing here in Malaga in my experience. Most of the people are buying and carrying gas containers home, so they can cook and have hot water in the bathroom. I find that inconvenient, especially when the gas container is out when you are in the middle of a shower or making dinner.

So far, I haven’t seen any apartment in Malaga which had heating installed by default, mostly because people here don’t need it. If they really need, they heat the room with an air-conditioner unit or an electric heater, which uses an insane amount of electricity. If you are interested in how to survive the winter in Malaga, we have a specific article about that too.

My list to find the perfect apartment/room that I could not nail 100% so far: 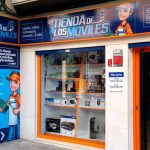 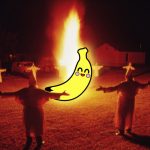